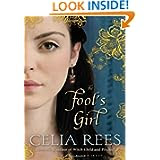 Will Shakespeare is a struggling poet, actor and sometimes playwright in London in 1601 when he comes across a little fool and his clown performing in the streets of London. In need of a new fool for his latest play, Will makes the acquaintance of the pair. The clown is actually a young lady, Violetta, daughter of the late Duke of Illyria. Violetta and Feste the Fool have a dark and difficult story to tell of a maiden sprang from the sea, mistaken identities, love, jealousy and betrayal. All that Violetta loves and cares for in Illyria has been destroyed through the jealous machinations of her Uncle Sebastian and the villain Malvolio who calls himself a Jesuit priest. While Sebastian was content to bring down Illyria, Malvolio has greater aspirations. He has stolen a beloved and sacred chalice from Illyria and with it he plans to rally Catholic support in England to kill Queen Elizabeth and place a Catholic pretender in her place.Violetta is determined to stop him with help from Feste and Will Shakespeare. The plan is difficult and dangerous and she may lose everyone she's come to care for, especially her beloved, Stephano. Did you ever wonder what happened to the characters of Shakepeare's Twelfth Night after the play is done? This novel imagines the events of the play as real events and what happens next is not a comedy as I was expecting. The events of the story are dark and tragic and tinged with magic and superstition. Will Shakespeare hears the story of events in Illyria from Violetta, Feste, and Violetta's kinswoman Maria. Much of the story is given over to those past events. The book is a little short on action as a consequence. The action sequences are fairly brief except for the final confrontation. There is lots of violence and bloodshed and no funny moments. Shakespeare fans and scholars will recognize situations, people and lines from his plays that the reader must believe influenced his works.  What I really liked about the book were the descriptions of Illyria and the creation of the culture of that land. I also loved the depiction of Elizabethan England with one foot rooted in superstition. The author weaves in magic and superstition to create a fully believable world. I came to care about Violetta and her homeland but I wanted a bit more action in the story. I felt that it concluded too quickly. Fans of Celia Rees's other books will not be disappointed by this one. 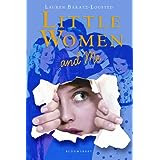 Emily March is a typical 21st century teen. She goes to school, does homework, fights with her sister and dreams of getting together with the cute jock with whom she eats lunch every day. Emily feels sorry for herself though. She's the middle sister and never gets anything she wants, not even the boy, for he has a crush on her older sister! When Emily's English teacher gives an assignment to change something about a favorite book, Emily knows she wants to write about Little Women. She identifies with Jo and wants to be a writer like Jo. She cried when Beth died and was outraged when Laurie married Amy. Emily decides that she's going to change Little Women and make sure Laurie marries Jo. As she prepares for her assignment by rereading the book, there's a noise like a vacuum cleaner and suddenly Emily is swooshed back into time and sucked into the pages of the novel. Once again Emily finds herself the middle March sister and she does not like it. She's jealous of Meg and Jo and can't stand snobbish little Amy but Beth, as sweet and loving as always, she can't help but love. Emily experiences all the dullness and privation of the daily life of the March sisters trying to get home, until a boy enters the picture. With the introduction of Laurie, Emily begins to compete with Jo for his affections. Emily decides her purpose is not to get Laurie and Jo together but to save Beth. Soon she finds that even the best stories get away from their authors and things may not turn out as planned. This is a cute story that will appeal mainly to tween and young teen girls. Emily is very selfish and obnoxious but that's the point of her character. She learns lessons along the way that shape who she will become as an adult later on after the story ends. Until then, she's very unlikeable. My favorite March sister, Jo, is also an obnoxious teenager. She doesn't come across as the fun-loving tomboy I grew up loving. She's in desperate competition with her sisters with occasional moments that shine through from the original. The story is interesting though and kept me reading late at night to find out how it turned out. The ending is a bit rushed but there's a big surprise there that I didn't see coming. The author tries a little too hard to impart a moral at the very end that I think could have been left out. Overall though, I liked the story and I think girls in the target age range who love Little Women will enjoy this book.
Posted by QNPoohBear at 1:13 PM