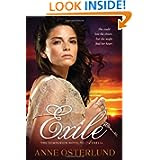 This sequel to Aurelia picks up where Aurelia left off. Aurelia has renounced her claim to the throne after her father refused to believe that her step-sister Melony tried to kill Aurelia. Aurelia has gone into exile with a troop of armed guards and her friend Robert. Aurelia longs to see the kingdom and meet the people to discover more about them. She travels as a normal girl and not just a princess, but though she has renounced her claim to the throne, someone still wants her dead. She soon learns the only person she can rely on is Robert and he is infuriatingly stubborn! Aurelia realizes she has more than friendly feelings for Robert and she wonders if he feels the same way too? He must not or we wouldn't be continually yelling at her for doing things he considers foolish... or would he? Robert can't fight his growing attraction for Aurelia. She's stubborn and foolish sometimes but that's what he loves about her. Love drives him to follow her into exile and guard her with his life for Aurelia refuses to accept the reality of her dangerous situation. Along the journey Aurelia learns about the people of the kingdom and their wishes and needs. She discovers that what is right and what is true are not necessarily the same thing. Aurelia also learns about love and loyalty and what it takes to become a great leader. This book is heavy on action and romance. The first third of the book is full of action and danger. There is quite a lot of grisly violence that affects the characters profoundly and drives their actions. Then the story halts a bit in the middle and picks up with lots of romance in the last third before ending in somewhat of a cliffhanger! The story doesn't quite come to the point. Aurelia is a girl on the brink of womanhood. She's trying to figure out who she wants to be and what to do about the corruption in the kingdom. She's also trying to figure out her feelings for Robert, who is not a suitable consort for a princess. All of these qualities make Aurelia very real and easy to identify with. I especially like her personality because I can see myself saying and doing many of the things she does. I loved the sweet romance that develops though I think Robert's character could be defined a bit better. I feel like we don't really know him though the story alternates between his point of view and Aurelia's. The story does not really seem to go anywhere, however. It reads like the middle of a story rather than a story that can stand on it's own. The characters refer to events in Aurelia but unless you've read the book, you will not know to what they refer. The story doesn't come to a full conclusion so another sequel is needed. The writing is really good and seems geared for teens and adults. The author does not talk down to her readers and expects her readers to come along for a journey that is not always pleasant. I hope the sequel is in the works and will be published soon because I quite enjoyed this one. 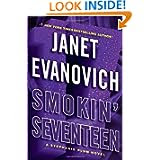 Stephanie is in trouble. The bail bonds office is operating out of Mooner's bus and resembles the Death Star, a dead body was found on the property and now business is way down, Joe's Grandma Bella put the evil eye on her and to make matters worse Stephanie's mother is after her to get married. Stephanie's mom tries to fix Stephanie up with a former classmate of hers named Dave. Dave is a nice guy and he loves to cook. Stephanie's mom loves him, her friends love him, but... Stephanie just isn't interested. She still can't decide between Ranger and Joe! Lula suggests Stephanie decide which one is best in bed and choose that one. When Grandma Bella puts another curse on Stephanie, Stephanie takes Lula's suggestion and runs with it. Meanwhile, there are the usual FTAs to apprehend, Dave won't leave her alone and someone is leaving dead bodies for Stephanie to find. Stephanie is close to her wit's end and determined to get some answers. This is a typical Plum story. There's the usual quirky FTAs (one thinks he's a vampire, one is a nudist and one has a circus bear), Lula's crazy antics and the smoking bedroom scenes with Joe and Ranger. Most of the humor comes from the secondary characters, especially the FTAs and Mooner. Grandma doesn't get enough page time but she does have one memorable scene. I found myself giggling a lot in places but the plot was really only mediocre. I pegged the killer from the very beginning as soon as they were first mentioned. It was really obvious and it bugged me that Stephanie couldn't figure it out. It also bothered me that she didn't do anything to stop her creepy stalker wannabe boyfriend. Most of all, I did not like what the jacket flap calls the "red hot boudoir bake-off." To do what Stephanie did is demeaning and stupid. She acts more like a teenager in lust than a grown woman and she refuses to take responsibility for her behavior, blaming silly curses instead. The mystery was solved way too neatly and then ended in a cliff hanger. I agree with those who think the first 12 books were better. This book may have been fine as a stand-alone but as a part of a series about one character, it flopped. There's only a tiny bit of character growth at the end and from the description of the next book, it sounds like Stephanie is right back to where she started. Grab this book from the library for some nice, light reading but don't expect too much.
Posted by QNPoohBear at 9:51 PM